To the undiscerning eye, the Nerf may appear as a mere plastic toy. But we know better, don’t we?

For all who have experienced the kinetic thrill of firing a Nerf Blaster can testify that it is, in fact, a true feat of engineering – and one that is not complete without the proper ammunition.

Just for you, we have compiled for you a list of the five best aftermarket Nerf darts out there. 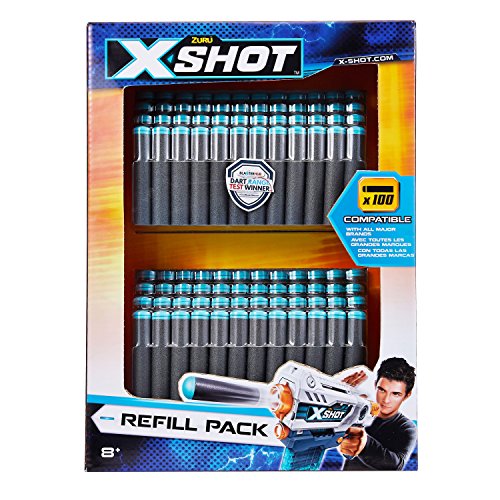 Shorter - Faster and ave proven to shoot farther than others.

Bad news is that they don't fit all models of Nerf guns. Depending on the gun you have, these would be a greta option or they won't fit.

Nerf is a brand that is not only famous for its engineering ingenuity but also notorious for its premium pricing.

Its slogan, which has become a source of many a meme, is after all, “It’s Nerf or Nothin!”.

But not all of us can afford to hash out large amounts of money to sustain this hobby of ours. Thus, many turn to aftermarket products as affordable alternatives, albeit sometimes at the expense of quality.

And that’s exactly why this article is here. We’ll make sure you get the most out of your buck with these aftermarket darts, for their quality is, if not better, than comparable at the very least, to that of Nerf’s own product line, while also being significantly more affordable.

With that being said, these aftermarket products may not be suitable for those looking for darts to use with their Nerf Ultra Blasters.

The Wall Street Journal reported that this new line of blasters is designed only to work with Nerf’s new line of darts. No exceptions. Not yet.

However, I wouldn’t worry too much about it if I were you. Third-party producers usually don’t take long before finding a way around such matters. Aftermarket is a wondrous place and a very reactive one at that.

In order to sieve through the multitudes of options and present to you only the best of the best, we focused on factors that have been deemed to be of utmost importance to Nerfers around the world – distance, impact, durability, and precision.

Regarding the factor of precision, it is one of nuance, where it differs from the traditional aspect of accuracy. What this means is that it is based not on how closely the darts land to where it is being aimed, but on how tight the grouping of the shots is.

This was done on the stance that you can easily control for inaccuracy by adjusting your personal aim, but when it comes to bad precision, there exists no reliable remedy.

It should also be noted that precision and distance have often been found to be inversely related.

The rest of the factors are rather straight-forward. So, without further ado, here are the best aftermarket darts out there: 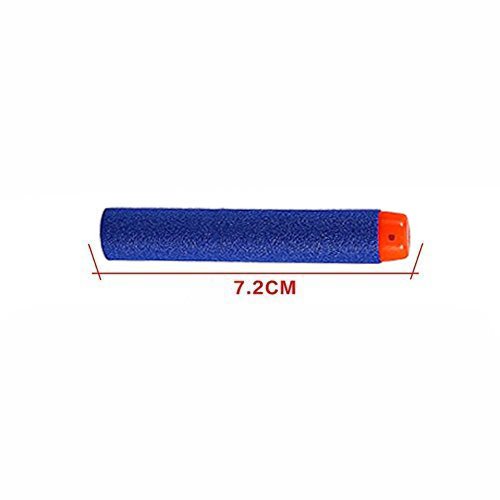 The Little Valentine Darts seem to be the aftermarket staple for many Nerfers.

Distance covered by these darts have been said to be remarkable, and its precision rivals that of Nerf’s own Accustrike Darts.

As for impact, it hits harder than average, which makes for more fun for some but should be avoided by those easily bruised. 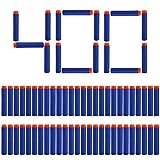 It is also renowned for its compatibility with most Nerf Blasters and grants the smoothest firing. Jamming rates report at about once per 200 shots, with some users claiming that it has not jammed their slingfire even once, and that’s saying something. 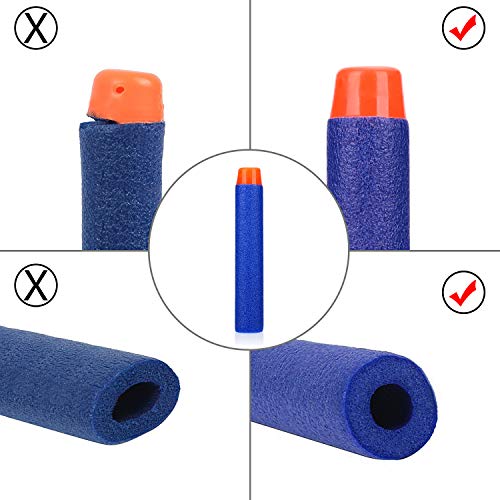 These blaster darts from NextX have been said to be indistinguishable from those produced by Nerf, both in quality and in its aesthetics.

Distance and impact of NextX darts are said to be on par with that of Nerf’s Elite Darts, with durability that surpasses it.

They are heavier, harder, and more streamlined, which makes for longer distances, higher impact, and better durability. 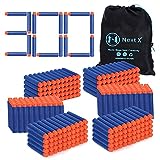 Although these darts are said to be slightly less precise than those from Nerf, what it lacks in precision it makes up for in great affordability.

If you’re looking to supply a Nerf war, NextX is a perfect choice. 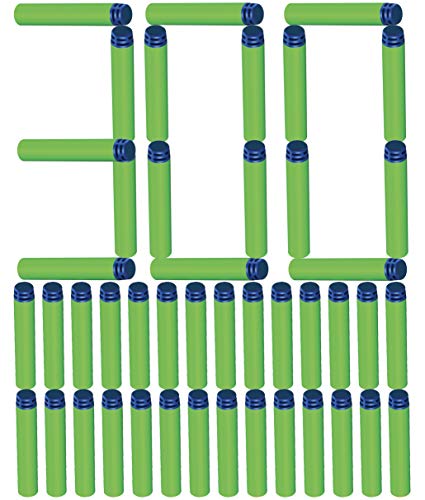 The Dart Zone Sureshot Waffle-Tip Darts differ from the former two products in its lack of recognition.

These darts, as its name suggests, is known for its immaculate precision. In terms of distance, these darts do not lose out to those of Little Valentine’s or NextX’s, covering distances of up to 90ft.

It is also made to be more child-friendly and has a softer impact than the average dart. Its relative lack of acclaim is likely due to its slightly higher price when compared to the usual Accufakes and Waffles.

Dart Zone Sureshot Waffle-Tip Darts still provide the buyer with great value, fitting and firing smoothly in all blasters and ensuring a consistency in spread and precision that is unrivaled by any other, be it Nerf or other aftermarket brands. 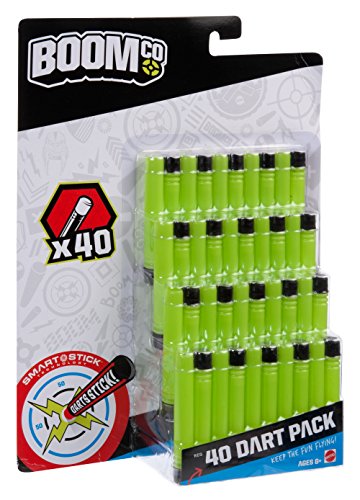 The BOOMCO. Darts are designed to be simple and all-rounded in nature. They have been found to be more precise and a lot more durable than those produced by Nerf.

The BOOMCO. Darts are not known for performing particularly well in any one given area, but the consensus is that they are simply more cost-effective versions of Nerf Darts due to both a lower price and a higher quality. 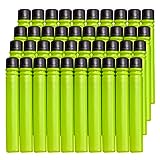 These darts also stick to certain surfaces and thus, make good darts for target practice. They have been reported by to travel slightly longer distances than Nerf Darts while also having a softer impact. 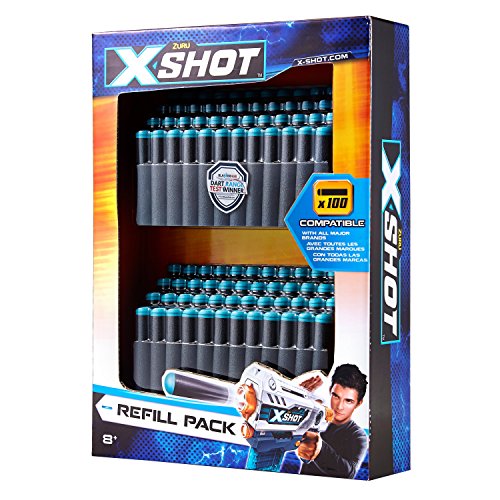 Though these darts are not compatible with several models of Nerf Blasters due to its shorter length, it’d be a sin not to include it in this list. These Darts have won the Best Dart Range Award for three consecutive years.

The X-Shot Darts are engineered to shoot further, faster, and more accurately. Durability is an area where it does not, pun intended, excel in. But it is a small price to pay for experiencing just how quickly these darts fly through the air. 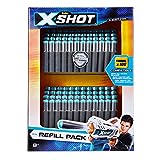 The X-Shot Darts are slightly pricier than the other mentioned brands. But at the same time, it presents something that the other alternatives do not possess, and will be a great addition to your ammunition if you’re looking to spice things up a little.

And that’s a wrap! These are the five best aftermarket Nerf darts out there.

So get your blast on, fellow Nerfers. And have a blast while you’re at it.