Electronic times are often the most exciting products for children. After all, we live in the digital age and we want everything to outperform the other toys out there.

That being said, electronic toys come with their own set of advantages and disadvantages to consider when you begin looking for the right toy for your child, especially when it comes to Nerf blasters.

Do Nerf guns use batteries?

In this guide, we’re going to see what type of electronic Nerf guns there are, what you need to consider when it comes to battery-powered blasters, and how you can get your child started on their Nerf journey!

Do Nerf Guns Use Batteries? Yes, Some Do!

While manual blasters are certainly a staple in every child’s Nerf collection, they may lack the power or qualities that children want when they go up against some of their friends with much larger blasters.

But while getting your hands on an electronic blaster is easy, it really boils down to whether or not it’s right for your child when you’re shopping for a blaster as a parent. What should you consider during the shopping process?

Who Shouldn’t Have An Electronic Blaster?

There are a couple of different items you should be focusing on if you want to buy an electronic Nerf gun for your child. Some of these considerations include: 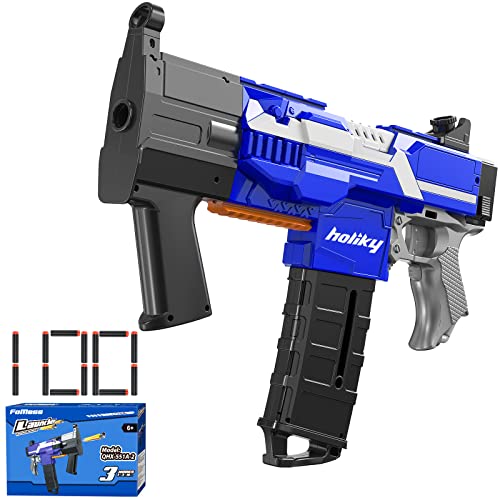 For the most part, you really only have to be careful when shopping for a battery-powered blaster for much younger children. As long as your child can safely handle their chosen blaster, the only thing you should be worried about is them having too much fun!

Beyond the main factors that will influence your final purchase, there are some key characteristics of battery-powered blasters that will help you see how they stack up against manual blasters. Let’s dive into these shared features: 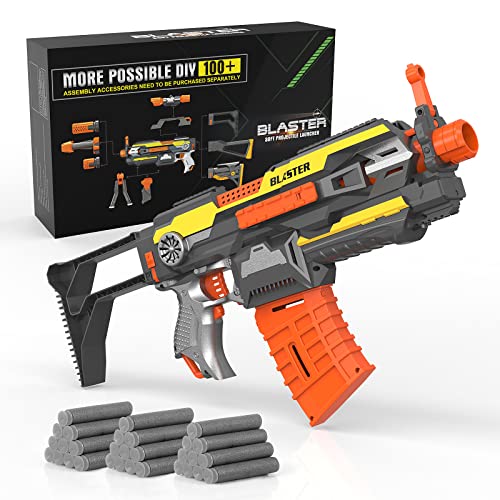 Of course, no gun is without its cons. Let’s dive into these as well! 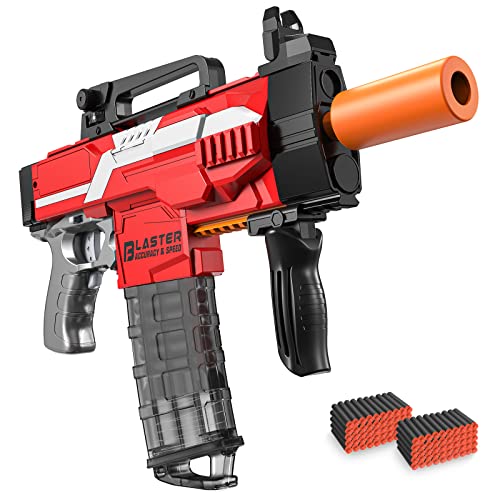 Just like manual blasters, there are specific features for electronic blasters that can make or break the experience. Remember the above when you’re looking at various battery-powered blasters.

Ready to find some excellent electronic Nerf blasters that your child will love? Here are just a few recommendations to give you some inspiration and help you find the right blaster for them. Here is our overall favorite list of battery operated Nerf Blasters. 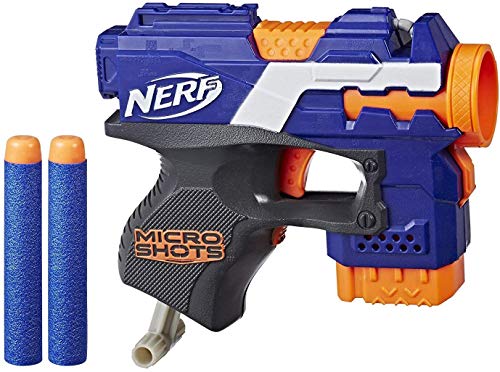 The Nerf N-Strike Elite Stryfe blaster is a small, battery-powered pistol that is the perfect secondary blaster to have on hand. With a bright orange body, the Stryfe is visually striking and perfect for anyone who has a major focus on design.

Featuring a 6-dart clip, space to add a shoulder stock for storage and accuracy, and a tactical rail for sights, the Stryfe is a great semi-automatic starter weapon.

If you’re looking for a primary that’s easy to operate, look no further than the Nerf N-Strike Elite Rapidstrike CS-18.

The Nerf N-Strike Elite Rapidstrike CS-18 is a powerful, lightweight semi-automatic blaster capable of firing up to 18 Nerf darts, all of which are stored in its transparent clip system.

With a shoulder stock and additional space for sights, the CS-18 is for any player who wants to dominate on the battlefield.

The Nerf N-Strike Elite Infinus is truly a breed of its own. This massive blaster stands out with its stunning design and 30-dart drum, which provides the user with ample ammo to tackle the competition.

Where the Infinus really stands out, however, is the ammo slot at the top. Rather than having to deal with reloading the drum each time, players can simply feed darts into the blaster to replenish their ammo source.

Is your child tired of having to have multiple drums on hand to get the job done? If so, the Infinus is an excellent solution to these common problems.

Who can do it bigger and better than the Nerf Mega series? No one! The Nerf N-Strike Mega Mega Mastodon is just what you would expect it to be: massive, overpowered, and ridiculously fun to use.

With a 24-dart rotating barrel and huge whistling darts, this blaster is hours of fun wrapped up in a giant body. Just remember that it takes a handle and a strap to properly use this Mega Mastodon!

With blasters divided by teams and utilizing high-impact foam rounds, getting together a serious game with your friends has never been easier.

The Nerf Rival Prometheus MXVIII-20K is one of the more serious blasters in this series, offering a 200-round container and the ability to shoot out 8 rounds per second on full batteries.

If you want to enter the battle strong, the Nerf Rival Prometheus MXVIII-20K is the best option.

Shopping around for a battery-powered blaster can be difficult, but once you have everything you need to know in front of you, the experience is seamless.

If your child is asking for an electronic blaster but you don’t know where to get started, use the guide above to learn more about electronic blasters and gain some insight into what you should be looking for.