When it comes to Nerf blasters, most players know that they should expect anything in regards to the style and design. However, some blasters can’t help by surprising us, a quality that is clear in the Nerf N-Strike SharpFire blaster.

Of course, an innovative design isn’t always indicative of quality. Can the SharpFire bring to the table what players need to go against their competition?

If you have been considering purchasing the SharpFire, here is a breakdown of this weapon, where its strengths lie, and where it could offer more. 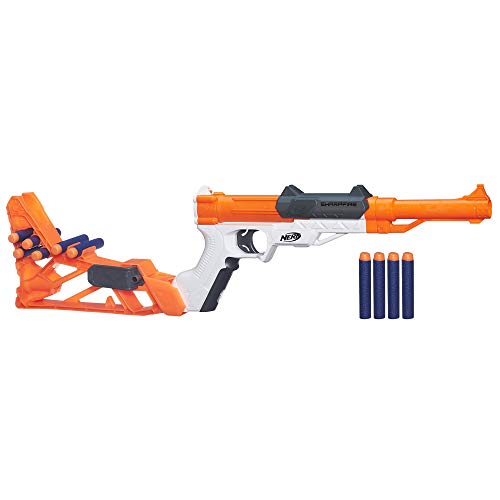 Hailing from the Nerf N-Strike series, the SharpFire uses an all-white and orange design, making it a standout product from nearly every other Nerf product coming from newer lines.

The SharpFire is truly a handgun in the traditional sense, offering a very thin, slim design that redefines the way we think about pistol blasters.

We’re not going to dive too deep into the design on this blaster as many of the components serve as additional features rather than inherent parts of the blaster build.

That said, those who are on the lookout for one-shot handguns may enjoy what the SharpFire has to offer in terms of style and design. 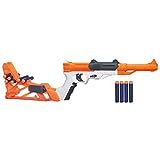 The Nerf N-Strike SharpFire is a single-shot blaster. However, that is not to say that it doesn’t have its uses.

For example, this type of blaster may be an excellent blaster for younger players who are just diving into Nerf or for those who need a backup weapon in the event that they run out of ammo in their primary blaster.

But given its low ammo capacity, this would not be a suitable weapon for anyone who needs something they can use in more intense battles.

The Nerf N-Strike SharpFire offers an easy-to-use loading and priming system. Simply pull back on the grey piece located at the top of the blaster to reveal the loading notch.

Slide your bullet in, push the grey piece on the blaster forward, and fire when you’re ready. The firing distance has been a problem for some users. You can expect about 60-feet from this blaster, which is not too bad considering its size.

It’s important to remember that this is an N-Strike weapon, not an N-Strike Elite blaster, which accounts for the lack of range you can expect in the new series.

Where the Nerf N-Strike SharpFire blaster stands out from other handheld blasters is in regards to its design. The SharpFire comes with two separate pieces that can be used to create six different blaster combinations. 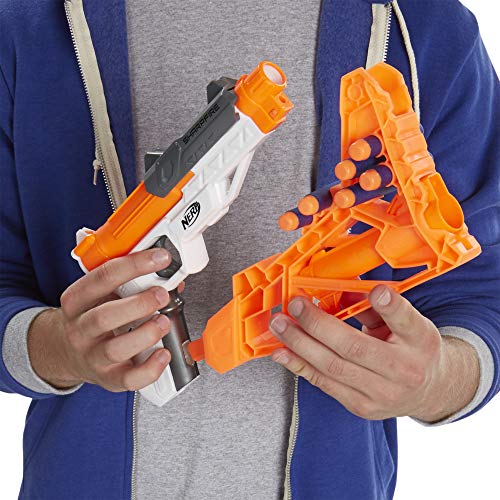 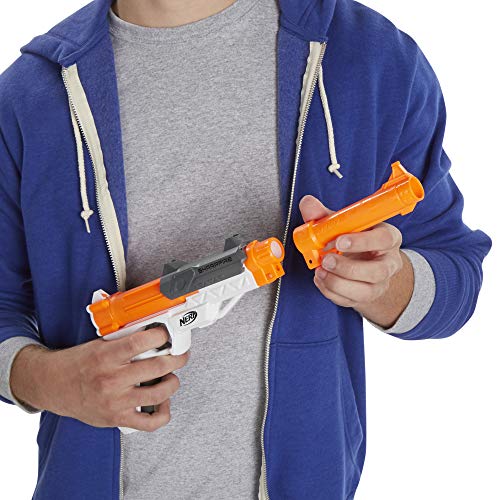 The Nerf N-Strike SharpFire is not a bad weapon. However, it does leave a lot to be desired. The extra features on this weapon do not offer as many benefits as they are expected to.

Additionally, the performance of the SharpFire is okay, but nothing to marvel at. Simply put, this one-shot blaster is an excellent choice for younger users given its lack of range and ease-of-use.

However, if you’re purchasing this blaster for an older Nerfer that needs a weapon that can handle serious battle demands, you are going to be better off purchasing a handgun like the Nerf N-Strike Elite Strongarm blaster.

Simply put, while the Nerf N-Strike SharpFire is fun to look at and play with, it may only be a great product choice for younger users.